Bin2Code is a small utility that allow to convert any file (binary or text) in C++ code in order to integrate it into an executable during the compilation process of a software.

It has been tested under Windows (XP and above), Linux (Ubuntu) and Mac OS-X (Mavericks).

The binaries archives available through the above links contains both a GUI version and a command line one. just run it once without any parameter to see a list of the available options.

It is coded in english, but the french translation can be activated by renaming the file named "french.mo" included with the executable in "language.mo" (except for the Mac OS-X version).

It can also easily be translated into other languages by using the file named "french.po" supplied (the edition and the compilation of such a file can be done with PoEdit witch is a free software specially made for that).

Please, do not include theses links in any website without telling me about before.

Here are screenshots of the GUI version of this application. 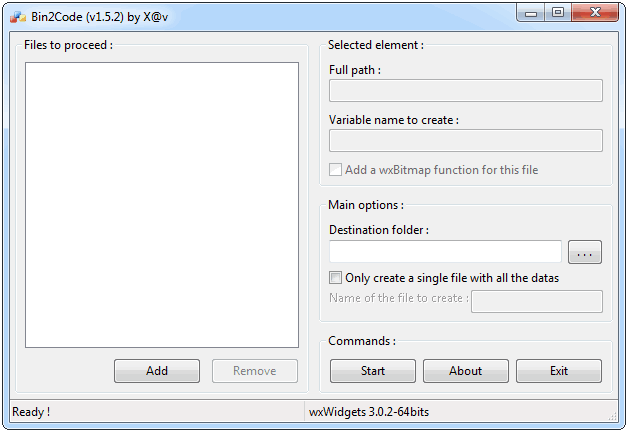 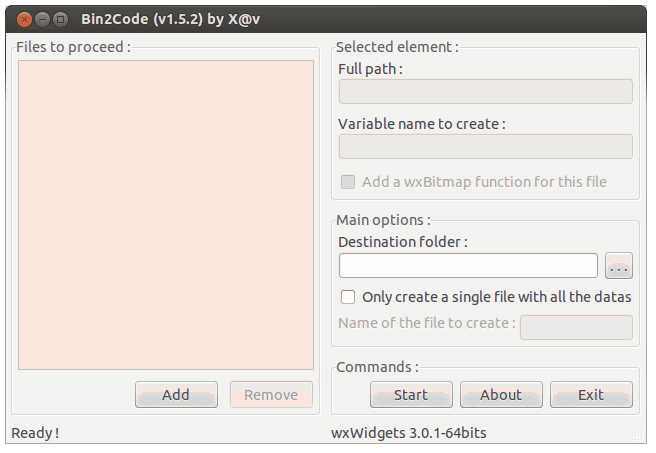 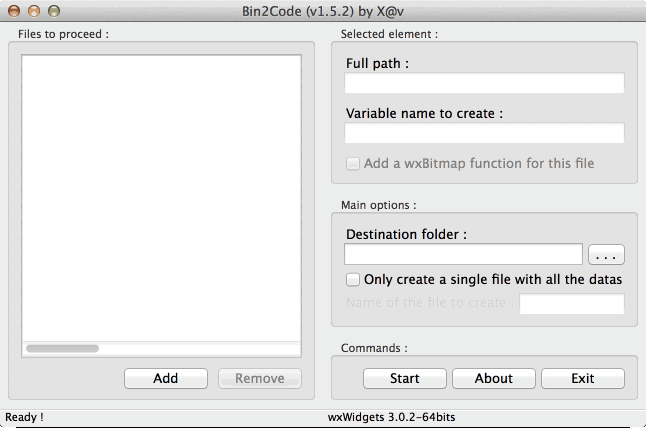